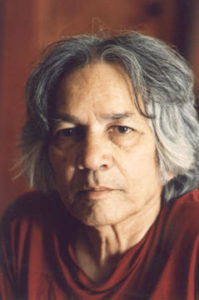 U.G. Krishnamurti and the phrase “lobbing grenades” go hand in hand. He made a name for himself by bashing spiritual traditions, teachers, and seekers. He had his reasons though:
Q: You seem bent upon demolishing everything other teachers have taught….
U.G.: My interest is not to knock off what others have said (that is too easy), but to knock off what I am saying. END_OF_DOCUMENT_TOKEN_TO_BE_REPLACED

In the late 1950’s and early 1960’s, Pulyan endeavored to teach students through the mail. Teach is the wrong word, really. He tried to lead them to an awakening by confronting the student’s ego. He specifically said it was not a mechanical system and his letters only helped the person for whom they were written. END_OF_DOCUMENT_TOKEN_TO_BE_REPLACED