Hubert Benoit’s Zen and the Psychology of Transformation: The Supreme 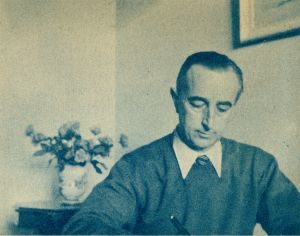 Doctrine is considered a classic in Zen literature, at least among Westerners. Benoit states that, “In order to enlighten an Occidental, dissertations are, within a certain measure that is strictly limited, necessary.” The Supreme Doctrine is a convoluted, intellectual dissertation — a theoretical conceptualization which sheds more light on the author’s psychology, than upon Zen. Also of interest is the fact that Hubert Benoit’s little known last book, The Interior Realization, refutes much of The Supreme Doctrine. I credit Benoit for his honesty, for he was a lifelong seeker. As I remember, though, The Interior Realization was an equally unimpressive dissertation on the efficacy of humility in the search.

Man obtains satori, then, as a result of turning his back, as thoroughly as possible, on his centre, as a result of going right to the ultimate limits in this centrifugal direction, as a result of pushing to its ultimate degree of purity the functioning of the discursive intelligence which keeps him away from Wisdom. He ought to accomplish formal thought to the point of breaking up the form. In order to do that he ought to make his formal mind function in a persevering attempt to perceive, beyond it limits, the in-formal; an attempt that is absurd in itself but which brings about the release one day of the miracle of satori … .
In short, to obtain satori, it is a question of obtaining the transformation of these instantaneous perceptions of existing-more-or-less-than-a-moment-ago into a continuous perception which will then be just perception of existing.

Here are two translations of a typical paragraph from Hubert Benoit. The paragraph on the right is a new translation by Graham Rooth.

If you enjoyed the previous quote, then by all means read his book. It’s been seven years since I first read Benoit and I find his writing as opaque now as I first did. The only change is that now I think there are no profound secrets under the opacity.

Here is a brief synopsis of Graham Rooth’s translation:
Following the success of the publication of “The Supreme Doctrine” in 1998, Sussex Academic is proud to announce a completely new and updated translation by Graham Rooth, MD, MRCPsych, of this seminal work. “The Light of Zen in the West” — a Centenary Commemorative — also includes a new translation of one of Benoit’s other major texts, “The Realization of the Self”. The volume also contains two lesser known works — ‘Buddha and the Intuition of the Universal’ and ‘Techniques of Timeless Realization’ — and has a Glossary and Index.

For another opinion on Hubert Benoit, go to:
selfdiscoveryportal.com/BenoitZen.htm

6 thoughts on “Hubert Benoit: Makes my head hurt, but might be good for you”