Jed McKenna is a spiritual dude. He plays video games, he rides a 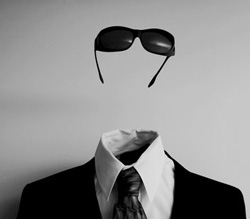 mountain bike, he skydives, he reads Walt Whitman. Jed McKenna is an enlightened teacher. He had an ashram in Iowa, numerous students (several of whom became enlightened), and has several books to his name: Spiritual Enlightenment: The Damnedest Thing, Spiritually Incorrect Enlightenment, Spiritual Warfare, and Jed McKenna’s Theory of Everything.

A lot of folks criticize Jed McKenna because he doesn’t fit their image of a spiritual teacher. Fortunately, Jed likes to talk about himself, so we can see he’s not such a bad guy:

All eyes are watching me expectantly. “What’s the wisefool gonna say?” they wonder. That’s part of the drama.
A few pockets of resistance pop up, but I plow over them. Their indignation is as meaningless to me as the growls of little pink puppies. I’m indulging myself with a somewhat more forceful manner of communicating now, mainly for my own amusement, and their reaction at this stage is not a factor.

Jed has a stark vision of the quest for Truth:

I like happiness as much as the next guy, but it’s not happiness that sends one in search of truth. It’s rabid, feverish, clawing madness to stop being a lie, regardless of price, come heaven or hell. This isn’t about higher consciousness or self-discovery or heaven on earth. This is about blood-caked swords and Buddha’s rotting head and self-immolation, and anyone who says otherwise is selling something they don’t have.

Yet this stark, no-nonsense approach garners praise for shattering imprisioning images of teachers and the spiritual search.

The emperor has no clothes, and sooner or later everyone is going to see what’s staring them right in the face. When that happens, perhaps, there will be a major shift—a mass exodus away from the complexity and futility of all spiritual teachings. An exodus not outward toward Japan or India or Tibet, but inward, toward the self—toward self-reliance, toward self-determination, toward a common sense approach to figuring out just what the hell’s going on around here. A wiping of the slate. A fresh start. Sincere, intelligent people dispensing with the past and beginning anew. Beginning by asking themselves, “Okay, where are we? What do we know for sure? What do we know that’s true?”

Here’s a simple test. If it’s soothing or comforting, if it makes you feel warm and fuzzy; if it’s about getting into pleasant emotional or mental states; if it’s about peace, love, tranquility, silence or bliss; if it’s about a brighter future or a better tomorrow; if it makes you feel good about yourself or boosts your self-esteem, tells you you’re okay, tells you everything’s just fine the way it is; if it offers to improve, benefit or elevate you, or if it suggests that someone else is better or above you; if it’s about belief or faith or worship; if it raises or alters consciousness; if it combats stress or deepens relaxation, or if it’s therapeutic or healing, or if it promises happiness or relief from unhappiness, if it’s about any of these or similar things, then it’s not about waking up. Then it’s about living in the dreamstate, not smashing out of it.

On the other hand, if it feels like you’re being skinned alive, if it feels like a prolonged evisceration, if you feel your identity unraveling, if it twists you up physically and drains your health and derails your life, if you feel love dying inside you, if it seems like death would be better, then it’s probably the process of awakening. That, or a helluva case of gas.

There is truth in McKenna’s books, yet it is wrapped in fantasy. I criticize McKenna, but praise his first book Spiritual Enlightenment: The Damnedest Thing.

Who is Jed McKenna? Jed McKenna doesn’t exist (I’m sure “he” would agree with this on one level!) — there is no teacher named Jed, no Iowa ashram, and no students as described in his books. It is all a fake. What evidence do I have for this? the fact that there is no evidence for any of it. No photos, no face-to-face meetings, no one saying they have ever met the man or been his student (I welcome any evidence to the contrary). McKenna expertly diffuses this objection:

Q: We’ve received many questions about you personally. People want to know about your history, your relationships, your finances, everything. For instance, do you have friends? Do you socialize beyond the student/teacher relationship?

JM: This whole thing really has nothing to do with me personally and it would be counter-productive to shift the focus onto me.

Q: It’s easy to understand why people would be curious.

JM:I’m not relevant to anyone’s search. I’m just a finger pointing at the moon. There’s nothing to be learned from the finger. Everybody’s eager to find a distraction from the real work of waking up, but that’s all it is, a distraction.

Whoever writes under the name “McKenna” is not a teacher and probably not enlightened, as evidenced by this wishful thinking:

That’s why it might seem like I never give a straight answer to a straight question. Rather, I use the question, or the first few words of the question, to determine the next thing the student needs to hear. The student has no idea what the next thing they need to hear might be, but I know exactly what it is because I’m looking down from an elevation that lets me see exactly where they are, where they want to be, and where they have to go to get there. It’s all perfectly clear to me, but because they don’t have that overview, students cannot effectively chart their own course. That’s the role of the teacher, otherwise everyone could just pick up a book and, as Jolene puts it,bam!

Yet, the mystery writer has interacted with some hard-hitting teachers and understands many of the misconceptions that seekers labor under. There is some great advice in the first book:

Your moments of blackest despair are really your most honest moments—your most lucid moments. That’s when you’re seeing without your protective lenses. That’s when you pull back the curtain and see things as they are.

Self-realization isn’t about more, it’s about less. The only construction required for awakening is that which facilitates demolition.

If I were to reduce this book and my teachings to their essence, I would say it all comes down to nothing more than this: Think for yourself and figure out what’s true. That’s it. Ask yourself what’s true until you know. Everything else in this book, everything else I have to say on the subject, turns on that center.

I never thought of waking up as a spiritual pursuit, I just wanted to get to the truth. Looking back, I can see where I might have used the word “infinity” in a koan-like manner; kind of a Western version of mu. Infinity is beautiful; it destroys everything it touches. It annihilates all concepts, all beliefs, all sense of self. No teacher, teaching, book or practice could ever be as effective as simply allowing the thought of infinity to slowly devour you.

If you wish to make this transition in your own life—to awaken within the dream, to shuffle off the egoic coil—my suggestion would be that you combine Spiritual Autolysis with fervent prayer, using each to advance the other. Use the writing to locate and illuminate your falseness and thereby develop a healthy self-contempt. The strength of that emotion will then empower your prayer, which should be for the courage and ability to locate and illuminate your falseness, and so on.

Why ruin good advice with fiction? Because of the very things Jed rails against: people love drama, the story. McKenna spins the story of his self, the teacher, expertly disassembling the belief systems of all he meets. Just as people became enthralled with Carlos Castaneda’s Don Juan, so too will they be with Jed.

Why care that it is fiction? Because Jed places great emphasis on the lack of success of spiritual teachers.

Don’t you think it’s reasonable to ask to know a teacher’s success rate? The proof is in the pudding, right? Didn’t you ask them about the fruit of their teachings when you started with them?”

He claims that he has a number of enlightened students. If this is all fiction, then his teaching and method is a suspect as any other with a success rate of zero.

Jed McKenna’s second book Spiritually Incorrect Enlightenment is forgettable. It features a series of encounters with stock, clueless spiritual seekers, of whom the wisest become awed by Jed. Combine that with a lot of U.G. Krishnamuti quotes, the ranting emails of one of his students, and Jed’s self-proclaimed breakthrough interpretation ofMoby Dick, and you have … well, I’m not sure what you have besides a paean to Jed Mckenna.

I’ll leave you with one more quote from the first book:

“Spiritual awakening,” I continue, “is about discovering what’s true. Anything that’s not about getting to the truth must be discarded. Truth isn’t about knowing things—you already know too much. It’s about un knowing. It’s not about becoming true, it’s about un becoming false so that all that’s left is truth. If you want to become a priest or a lama or a rabbi or a theologian, then there’s a lot to learn—tons and tons. But if you want to figure out what’s true, then it’s a whole different process and the last thing you need is more knowledge.”

Read Jed McKenna’s first book, then if you’re ready to make the First Step away from the false, investigate some real people like Bob Cergol or Bob Fergeson who are living the stark truths that McKenna eloquently speaks of.

If you like a good story, check out Dave Gold’s book, After the Absolute. It is an entertaining read about his life with the teacher Richard Rose. Filled with great quotes and true stories, it is time better spent than with Jed McKenna’s fiction. By the way, a couple of people have speculated on the Internet that Jed McKenna and Richard Rose are the same person. That is definitely not true. I knew Richard Rose, and he was not Jed.  Also confirmed as “not Jed McKenna” are: August Turak, David Scoma.

Ezinearticles.com has four articles by Jed McKenna you can read for free.

Lastly, in case you were wondering, I am not Jed McKenna.  However, as a thank you for visiting, enjoy free shipping and get a signed copy of my book Subtraction: The Simple Math of Enlightenment for only $12.95.  It’s better than Jed….

61 thoughts on “Jed McKenna: I am not Jed McKenna”