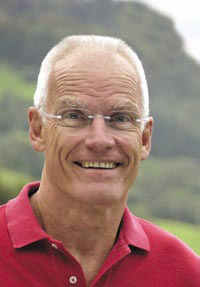 One look at the travel schedule of Lama Ole Nydahl, and you know he is serious about his mission of bringing Tibetan Buddhism to the West. I saw him speak nearly twenty years ago in Austin, TX and the poor fellow was literally falling asleep on his feet. Despite his fatigue, his sincerity was evident.
I feel that the Tibetan Buddhists are mired in their rituals and history. My impression from Lama Ole Nydahl’s talk is that there is a formula for everyone. Follow a prescribed series of mantras, visualizations, and studies, and you are on your way to enlightenment. Perhaps that is true if enlightenment simply means peace of mind. Mantras and visions of glowing Buddhas will certainly calm an agitated mind, so will television and the stereo.

Still, I support what the Lama is preaching, just as I support what some Christians preach. It’s better to live a clean life and help your neighbor, than throw rocks at dogs. I don’t think it is a path to discovering your true nature, though.

Lama Ole Nydahl is not immune from controversy, however. A well-presented critique is here: buddhism-controversy-blog.com.

Here is the Lama Ole talking about what happens when we die:

For more about Lama Ole Nydahl, visit his website at lama-ole-nydahl.org.  He has established over 600 Buddhist centers in the West.

For a complete picture of the Diamond Way Buddhist branch that Lama Ole Nydahl represents, visit: