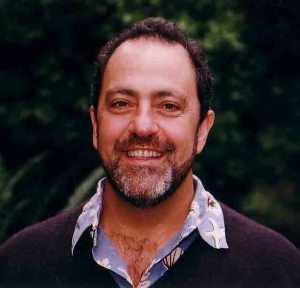 It’s February 2012, and I’ve been in California for a little over two months. It’s truly mecca for the spiritual tourist (a help and a hindrance, for sure). Suffice it to say there are more teachers and groups than I can keep track of. A couple of weeks ago, Isaac Shapiro visited from Australia and held several meetings in the area. I attended one and have a few impressions to share.

“It’s nice to be nice to the nice,” some clever word-smith once proclaimed, and Isaac Shapiro falls into the “nice guy” category. Though he sat at the front of the room, Shapiro did not carry the airs of a teacher concerned about his appearance of authority. At least twice during the evening, he mentioned his own difficulties with the mind or body resisting what is and he seemed genuine in his desire to be of assistance to others. However, as you’ll soon see, the depth of his teaching left me disappointed.

Isaac Shapiro spent a half minute or so silently scanning the room before he spoke. I was told afterwards, by someone who saw him years before, that Shapiro once spent much of his “talks” simply gazing at people. This evening began with a blanket statement: “I’ll do my best not to answer [your questions], and point you, instead, to what you already are.” The audience was silent, so Isaac began talking about how he noticed if one defocused their eyes, like a baby, the body relaxed. He went on for quite a while about the stress in the world, how a narrow focus caused stress, and generally advocated relaxing rather than stressing about things. No arguments from the audience about that…. As if awakening from slumber, questions slowly began to arise from the crowd.

Q: What I want is permanent relaxation rather than the back and forth of feeling relaxed, then stressed.
A: In the moment of stress, ask if it’s really necessary [to be stressed]. What you’ve done is made another thing.

A woman spoke for several minutes about a traumatic situation that recently occurred.

Q: I’m feeling overwhelmed….
A: The habit of receiving information started to receive it in a way that gave that feeling.

She nodded a lot, then spoke more about feeling overwhelmed.

A: What does it mean about you?
[The audience gasped at this point, as if Isaac had just revealed the meaning of life. I, however, must have missed the significance.]
Receive this moment as the experience of a kiss from the beloved. [more gasping, pleasurable “umms,” and salivating “ahhs,” from the audience. I was stifling a gag reflex….]

Seemingly inevitable in these gatherings, someone asked a question about free will.

A: It’s only when it’s noticed that it looks like there is a choice.

Q: There are many wonderful teachings that say at a point you become a human who can choose.
[I found this a very interesting question as it’s in line with Richard Rose‘s idea that the human robot could learn to alter its programming.]
A: Do we really have a choice? [I had the impression Isaac wasn’t sure how to reply to the guy’s question, so he resorted to asking a question in turn]

Q: It seems to me I have a choice of what I attend to.
A: Choice is something that will happen in the next instant; not this instant.

Q: What about when I leave here, and I know this feeling will go away?
A: You’ve had an invitation. That’s enough.

Q: What is the value of practice?
A: Is there awareness in this moment? Awareness is aware. “I” is never aware.

That’s an interesting statement: “awareness is aware.” It implies there are two awarenesses, unless he meant to say “awareness is.” Unfortunately, I didn’t ask for clarification.

What can I say in summation? Isaac simply didn’t inspire or provoke much thought, which some might say is exactly the point. Well, an evening of television also eliminates thinking and brings on a feeling of peace. Isaac’s teaching was marshmallow-like for me — sweet, melting-in-your-mouth tastiness, but ultimately unsatisfying.

A very straightforward and practical interview of Isaac Shapiro appears in the book Wide Awake: The Miracle of Spiritual Breakthrough

. Here is a selection:

Q: In your experience, is there such a reality as Enlightenment, Awakening, Liberation, or spiritual freedom?
Isaac Shapiro – My experience is that it even jumps out of the realm of experience. There’s just a seeing that what is Awake has always been Awake, and until you know that, there’s just a sense of life that was asleep, although you didn’t know it was asleep. And it’s so simple when you recognize it. You recognize that you’ve always known it. [Pause] That’s about it.
Q: Have you experienced or realized anything that might seem distinct from what is called average or normal human experience?
A: Yes. What’s considered normal is a sense of separation.It’s funny because you can’t really call it an experience but it’s a recognition in which all experience is seen to be just the filter that gets looked through. Yet there’s no one looking and there’s no filter. But, in the sense of being somebody that knows something or that is something, that is an entity even…it doesn’t seem so any more.
Q: When this was noticed, did it happen at a particular moment or during a particular event? Or did it happen gradually?
A: The Truth is that it only happens now, and the whole idea of gradually or suddenly just is now. They’re both just ideas that don’t have any validity. So, if you want to speak in terms of time, it’s an ongoing deepening of recognition of That.
Q: So, is there a sense of evolving, maturing or growing?
A: Ahh, yes, you know, all these questions are kind of tricky to answer because there’s the absolute level where nothing is happening, or what you could call Shiva, and then there’s the play of energy, called Shakti or consciousness and in this play of energy, somehow Consciousness is revealing Itself to Itself.There are patterns seen which are personal in any way.Somehow there’s a sense of deepening, but there’s no one that’s deepening …Consciousness having a play with itself.

The rest of the interview is available on this Dutch site.

Here is a talk in the Netherlands (the Dutch are clearly advaita enthusiasts!) from 2007. It has very much the feel of the one I attended:

And here is Isaac Shapiro doing the silent gazing I heard was once more common in his events:

For the official “all things Isaac Shapiro page,” visit IsaacShapiro.org.

Isaac Shapiro and the Pervert Patrol: How many guys named Isaac Shapiro live in Byron Bay, Australia? Surely this is our man explaining one way to deal with beach pervs.