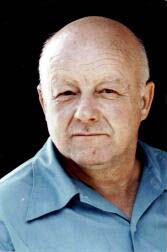 Without a doubt, Richard Rose was an enlightened man. He devoted his life to giving people the tools to find their Real Self. I studied his system for several years and even spent a couple of years on his rural retreat in West Virginia. At times, Rose literally exuded profundity. I imagine it was akin to what many felt when they sat with Ramana Maharshi. Only with Rose, I wasn’t blissed out. I felt like my mind was teetering on the edge of an abyss. Drawn to this abyss and scared to death of it, I was sure that in it lay the answer to who I really was. I never made the leap, though. Perhaps I would have in time, but Rose fell victim to the ravages of Alzheimer’s disease and I eventually left.

Richard Rose’s spiritual system is called the Albigen System and contains much practical advice for the spiritual seeker. He felt the spiritual search was the greatest undertaking of one’s life and so would take all the energy we had. One had to focus the broad spectrum of their life’s energy into a laser beam directed at finding the Truth. I think a hallmark of his system is the advice to back away from untruth rather than postulate truth and set out to prove it. In this way, one does not find what they want to find: they find what Is. He gave advice on first steps to take in the spiritual search, developing the intuition and reason, ways to meditate, and methods to conserve and direct one’s energy. He even delved into the mechanics of mental phenomena such as magic, hypnosis, and ESP.

Richard Rose passed away on July 6,2005. I will do the best I can to pass on the hope and friendship he gave to me.

Rose lives on in his books and audio recordings, in the people who knew him, and through the work of the TAT Foundation. If nothing else, you should read his poem “Three Books of the Absolute” that is in The Albigen Papers. He wrote it shortly after his enlightenment experience and it is a striking example of the beauty and power of spiritual poetry. I also recommend listening to a recorded lecture to get a feel for the man and his message.

Books and other information about Richard Rose are available at the TAT Foundation website.

A extensive documentary capturing Richard Rose’s lectures and interactions with students is available for rent or download.

Also available at searchwithin.org is John Kent’s dissertation:
Richard Rose’s Psychology of the Observer: The Path to Reality Through the Self.

An easy-to-read introduction to Richard Rose is found in After the Absolute, Dave Gold’s remarkable story of his time with this teacher.