Occasionally, I run across something so distasteful to me that I feel 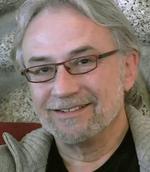 compelled to mention it. Swami Premodaya would be such a something. Like his full name (Bodhisattva Shree Swami Premodaya), I found his website pretentious and primarily concerned with portraying what an amazing and accomplished individual he is. The site even proclaimed Premodaya had, “Lived and worked in 6 different states, including America’s 3 largest cities; bought and sold 2 homes”!

However, the real highlights included:

No need to say any more.

The official Bodhisattva Shree Swami Premodaya webpage was TheBodhiCenter.net, but has pivoted to the more impressive sounding International Centers of Divine Awakening. You will find the website and the Swami looking very polished these days.