Could it be that Bentinho Massaro is actually Matt Damon? That sneaking suspicion arose when I saw him in Berkeley in May 2012, and now… well, see for yourself in the photos! Don’t let his 20-something looks and Dutch accent fool you — Damon is a masterful actor. 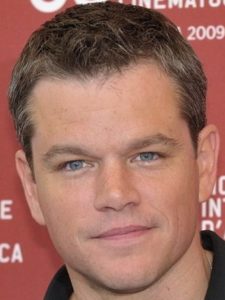 Okay, I’m kidding, but I did see Bentinho 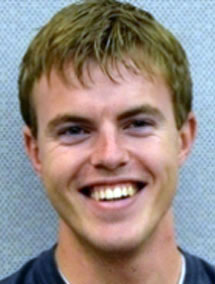 Massaro in Berkeley and left with this impression: he is not ready for prime-time (see the end this post for updates from 2017 and 2019).

Bentinho began the evening with a few minutes of silence, then took an exhaustive period of time convincing everyone how exhausted they were:

Feel how tired you are. If you don’t, you won’t desire the simplicity of being…. You feel responsible for the state of the world. See how tiring that is…. You are exhausted.

He spent fifteen minutes in various descriptions of how tired we were [my contrarian nature happened to feel great that evening] before shifting to his main point:

Shift attention to what is: that I exist. Increase your awareness of your exhaustion…. Notice how you are already awareness…. See how tired you are and relax.

In my notes that evening, I scrawled, “He’s pointing to a more elegant way of being in the world, but not to discovering what is beyond it.” Bentinho has a great smile; simple, pure, and direct are adjectives applied to his teaching. Yet, simple isn’t always wise. He could just be a nice guy who has had some insights, but not gone deeply into the heart of the matter.

Interestingly, about an hour and a half into the talk, he was asked a question by a woman struggling to understand one of his points. The was a definite change in his talk at that point. He drifted into a long monologue about even existence needing a source and how that source was indescribable. “Indescribability sources everything,” he said. At first, I thought he was breaking out of the usual “just be aware” patter that I hear from most non-duality teachers, and he was to a degree. However, it was as if he’d read about the “indescribable” and was talking about an idea he didn’t really understand. His language circled back on itself, contradicted itself, and left me feeling he was musing rather than speaking the truth.

After this unexpected detour into an uncertain source behind awareness, Bentinho returned to focusing on the act of experiencing and led the group into what seemed an impromptu guided meditation. He closed his eyes and said:

Rest as existing. [he took a slow, deep breath]
Relax as consciousness. Awareness is aware of itself. Relax even that. Consciousness itself is an experience. You cannot be whatever you see.

Then he repeated variations of these words for a long time. So much so, that I felt he was trying to fill the minutes till the 9:00 PM finish.

Since that talk, however, Bentinho Massaro grew up and became a motivational speaker! Or, rather, became a spiritual motivational speaker. And very, very slick. He now has the Trinfinity Academy with a 14 day free trial, and “no credit card needed needed until the end of your trial.” Don’t ask about the price, however, because that will not be revealed until later. It is clear Bentinho Massaro has become a spiritual rock star (in fact you can watch him dance to the beat on the intro video to the Academy). Bentinho already has two facilitators handling private coaching based on his teachings. If you are interested in exalting the ego, Bentinho is for you.

For the official Bentinho Massaro page, visit bentinhomassaro.com. Better yet, visit the super slick Trinfinity Academy where a monthly fee gets you access to the “Online School for Enlightenment and Empowerment.”

January 2017 update: And it gets even better.  Bentinho is now going to save the entire planet!  He’s waived the fee for the Trinfinity Academy and had much bigger fish to fry.  Check out his uber-ambitious plan to save everyone and everything: Trifinity Projects

December 2017 update: Bentinho appears to stray even further into the land of weirdness: Tech Bro Guru: Inside the Sedona Cult of Bentinho Massaro

Here is video of the new Bentinho Massaro:

November 2019 update: Bentinho’s teachings on enlightenment are much the same as in 2012: there’s a natural state, it’s already here, and you are that. You can listen to him repeat this ad nauseam for an hour and a half in his Direct Enlightenment talk.   If that appeals to you, then he’s a solid spiritual teacher.  The rest of Bentinho’s plans continues to evolve, such as: “Private sessions with Bentinho Massaro and/or Anurag Gupta are reserved for people with great influence and/or wealth who wish to know themselves, awaken to the truth of Existence, align themselves with their highest calling, and leverage their influence for humanity’s benefit.”  Sign me up!