David R. Hawkins believed he found a path to ultimate Truth. I think 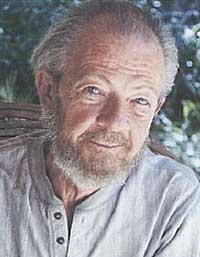 he is honest, but I do not feel his path will lead one to the stated goal. Using techniques derived from kinesiology, Doctor David Hawkins presented a method by which one gauges truth (or consciousness): on a scale of 1 to 1000, where 1 is simply being alive and 1000 is an advanced state of enlightenment.

I won’t go into the details of the actual test. Suffice it to say that it is simple. Read here for more on the origins of applied kinesiology.

The truth is that, as John Diamond discovered, there is one muscle in the left arm which corresponds with the entire biofield of a human being, and can be used to test the impact, on the entire system, of anything from a pair of shoes to finding the correct dosage of a particular supplement FOR THAT INDIVIDUAL. Dr. Diamond continually stressed that what might test healthy for one individual might significantly weaken another, and vice-versa.

Hawkins sidesteps Dr. Diamond’s emphasis on individual differences, and claims that anyone above the level of 200 (only 15% of humanity) will always give the same results if you follow his method. For those in the lucky minority, Hawkins offers a guaranteed way of determining the truth. Are you doubtful? Let me share with you some of my thoughts after reading Hawkins’ book Power Vs. Force, viewing a lecture video, and trying his method.

It did not take long to doubt Hawkins’ claim that “the truths reported in this book [Power Vs. Force] were scientifically derived and objectively organized.” David Hawkins cloaks Power Vs. Force in a veneer of mis-applied scientific jargon and presents highly speculative theories as facts. It is hard to imagine that a person, who once wrote journaled scientific papers, is now stating that subjects experienced “desynchronization of the cerebral hemispheres” as if this were a recognized medical condition. He references Karl Pribram as showing the brain acts “holographically,” while, in truth, Pribram’s is one of several theories. Hawkins makes vague references to nonlinear dynamics, chaos theory, and attractor patterns in support of his theory of consciousness. He displays a knack for obscuring the obvious by attempting to appear scientific: labeling an emotional upset as “turbulence that occurs in the attractor fields of consciousness.” Power Vs. Force is filled with attempts to be scientific that wind up worthy of ridicule rather than respect.

Dr. Hawkins refers to the “absolute replicability of test results,” yet makes no mention that kinesiology is not verified by double-blind studies, as evidenced by these reports from the National Institutes of Health website:
Double-blind Study on Materials Testing with Applied Kinesiology.

Test-retest-reliability and validity of the Kinesiology muscle test.

A review of the research papers published by the International College of Applied Kinesiology from 1981 to 1987.

Unproved diagnostic and therapeutic approaches to food allergy and intolerance.

His book lists several variables that cause faulty test results: wearing synthetic clothing, metal jewelry, or simply the voice of the tester. If he is aware of the NIH studies, he probably dismisses them for these reasons. Considering he mentions his own tests sometimes occurring in informal settings such as lecture audiences of 1000 people, it becomes hard to imagine how he controlled these variables. I suspect he simply discarded any results that did not conform to his expectations.

Hawkins states that his diagnostic method cannot be used to make inquiries about the future, yet claims you can determine avenues of fruitful research and judge in advance the advisability of strategies. In fact, he says the method will revolutionize scientific inquiry, medical research, and product development by saving years of research and millions of dollars, yet does not list a single example where he or anyone else did so.

Occasionally, David Hawkins transcends his reliance on pseudo-scientific authority and seems to speak from a greater knowledge such as in this quote:

Typically though, Hawkins burdens such simple statements as “One’s range of choice is ordinarily limited only by one’s vision,” with unsupported references to his studies of “advanced theoretical physics, nonlinear dynamics, and the nature of nonlinear equations.” In Hawkins’ mind, “will” becomes “the chaos-theory principle of sensitive dependence on initial way of spiritual progress.”

As for the important question of how to become enlightened, Hawkins has only this to say:

The steps necessary to be taken to facilitate awareness of Self as consciousness have been well detailed historically. Numerous techniques and behaviors have been prescribed to facilitate the removal of obstacles to expanded awareness; these can be found in the practice of various spiritual disciplines. The one process common to all such teachings is the progressive elimination of the identification of self as finite.

In a book that contains 300 pages of reasoning, Hawkins makes an ironic, but true statement:

Human reason exhausts itself ceaselessly to explain the inexplicable. Explanation itself is high comedy, as preposterous as trying to see the back of one’s own head, but the vanity of the ego is boundless, and it becomes even more overblown by this very attempt to make sense of nonsense. The mind, in its identity with the ego, cannot by definition, comprehend reality; if it could, it would instantly dissolve itself upon recognizing its own illusory nature. It’s only beyond the paradox of mind transcending ego that what Is stands forth, self-evident and dazzling in its infinite Absoluteness. And then all of these words are useless.

Amen, brother! If Hawkins followed this statement, his book would be 30 pages instead of 300.  If you’re looking for a more direct and practical look at transcending ego, I humbly suggest you read my book, Subtraction: The simple math of enlightenment.

As for the 2002 lecture video, it was a disappointment. Hawkins mentions that in 1965 he received a blast of thought from an archangel that calibrated at 50,000 (maybe it was 500,000…) and left him addled for years. Hmm…. He tells us he was a pirate in a past life and still knows where he buried the gold, then calibrates his story for the audience to show it is true. Funny how his calibrations don’t contradict his claims. He goes on and on, calibrating world leaders, dogs and cats, and making everyone in the audience feel very comfortable in their (or his) ability to understand life, the universe, and everything. He presents a muddled, yet comforting model. Exactly what we don’t need, in my opinion, if we are looking for the Truth.

After two or three hours of this, he finally mentions what one should do to get enlightened: let go of your personal story, he says. Witness your thoughts and surrender them to God. Once you do that, all “thinkingness” instantly disappears. I guess that’s it. Hawkins drifted off onto some other train of thought after making this simplistic statement. The only highlight of the lecture was his sense of humor. David Hawkins was quite funny, in a non-politically correct way, and didn’t hold back his opinions.

I tried his kinesiological method, but did not have consistent results. Perhaps I’m at some moronic level of consciousness…. Try it for yourself. That’s one good thing about David Hawkins: you can easily see for yourself if what he claims is true. Power Vs. Force is readily available, even in many local libraries, and testing his method will only take a few minutes.

A good interview of David Hawkins:

Sarlo’s Guru Ratings mentions some of the legal flourishes by the Hawkins organization that led to the Wiki entry and the NEIRR pages (both highly critical) disappearing:
More on David Hawkins

Another critical view comes from Scott Jeffrey in his book Power Vs. Truth.

Lastly, as a thank you for visiting, enjoy free shipping and get a signed copy of my book Subtraction: The Simple Math of Enlightenment for only $12.95.

45 thoughts on “David Hawkins: The scales of enlightenment”