Short answer: Yes, Andrew Cohen has arisen.  I never had much interest in Andrew Cohen. I thumbed through some of 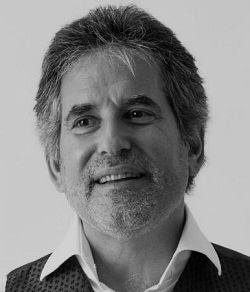 his books, read about the controversy over his relationship with Poonjaji, and occasionally found a good read in his What Is Enlightenment? magazine. When I had the opportunity to see him at a Whole Life Expo many years ago, though, I knew I should take advantage of it.

Andrew Cohen did not seem too thrilled to be speaking at a Whole Life Expo. He knew it was not the audience to hear him criticize the self-acceptance and feel-good way to enlightenment of pop spirituality. Although he seemed a little cautious at first, by the end of his talk, he probably offended two-thirds of the people in the room

His bluntness in addressing the human condition was by far his most notable feature. As he said, “When you really get to know people, you realize they’re all crazy.” He said most people are afraid of enlightenment when they realize it is really about the death of the ego and not about self-acceptance. Cohen mockingly ridiculed those who would rather keep their pathetic, fear-ridden selves, than step into the unknown of ego-death. He even criticized that holy cow of modern spirituality: the romantic relationship. He said the longing for liberation was in opposition to the “promise of perfection in romance,” and virtually everyone chooses the later.

Andrew Cohen obviously felt that he was talking about true enlightenment and viewed himself as a preserver of truth in a time of spiritual mediocrity. I enjoyed his talk, since I too felt there was much to criticize in the spiritual scene. Still, I wondered if there was anything to Cohen other than talk.

In the years since that Whole Life Expo, my opinion of Andrew Cohen sank. He plunged into a doctrine called evolutionary enlightenment which was “redefining spirituality for an evolving world.” He stressed impersonal enlightenment and the critical need to raise the consciousness of the world. Our purpose, he said, was to “contribute wholeheartedly to this explosion of motion.” “We have a responsibility for the evolution of the race.” “The essence of life itself is good.”

Yet his emphasis on our important role in enlightenment seemed a classic ego trap. Now, rather than having the ego of being a spiritual seeker, we have a collective ego of world saviors. As one of his magazine readers pointed out, “evolution will take care of itself.” His new message was surely more popular however, and had parallels in the socially conscious Buddhist movements.

Cohen also teamed up with Ken Wilber. Wilber’s amazing intelligence spins entrancing cosmological visions that hypnotize many an intellectual into believing their truth. He’s not a dishonest man, just one deeply in love with his own mind — “a Big Mind,” as he says. In a series of interviews in What is Enlightenment magazine, Cohen and Wilber seemed to endlessly enjoy chuckling over how brilliant and revolutionary ideas.

Cohen’s magazine and a school called The Graduate Institute teamed up to offer a master’s degree in Conscious Evolution. I considered this the height of absurdity.

By the mid-2000s, a growing chorus of criticism of Andrew Cohen took to the internet.  Even his mom turned against him.  A reader sent the following two websites that contain a wealth of opinion regarding Cohen; most of it from former and current students:
essentialwhatenlightenment.blogspot.com/

The short of it is that nobody in his organization was finding enlightenment and Andrew Cohen kept ratcheting up the pressure to try and break students’ egos. As one writer said, Cohen’s approach was ham-handed. While seemingly still interested in helping his students, the organization (known as EnlightenNext, Inc.) kept enlarging, netting $2.1 million of profit in 2003.

In 2013, Andrew Cohen issued a public apology. He said, “Enlightenment has always been and always will be about transcending the ego. Over the last several years, some of my closest students have tried to make it apparent to me that in spite of the depth of my awakening, my ego is still alive and well.” Apparently, he did not see the contradiction in his statement: he claimed to be a teacher of enlightenment, yet he wasn’t enlightened because he still had an ego. Cohen went on to say he was stepping down from leadership of his organization and taking a sabbatical to do some self-development.

If you want to see how far Cohen and his organization strayed from any true teaching, read this leaked email which describes the PR strategy for the “situation” with Andrew and points to a pathetic framing of the events as a “Post-Mythic-Guru” evolution.

2019 update: Fast forward to 2019, and Andrew Cohen has reemerged.  The 17-minute video below (just click the blue button and it will play) is worth watching.  Andrew apologizes for his lack of heart, says “the teaching” (not his teaching) is unchanged, and claims a dose of humility.  Though he still refers to himself as a radical and “powerful” teacher, perhaps there is hope he can be of service.  Time will tell.  If he retreats to his former guru bubble, surrounded by students who take care of his needs, I doubt he will truly break free of his past.

2020 Update: The official Andrew Cohen webpage is: andrewcohen.com/. And Andrew is back in full-blown “teacher of teacher” mode with manifest-nirvana.com.

An in-depth criticism of Andrew Cohen appears in American Guru: A Story of Love, Betrayal and Healing by William Yenner. Yenner was on the board of directors for EnlightenNext and presents an insider’s view of his thirteen years with Cohen as well as the experiences of other former students.  Yenner maintains a large website of Cohen-related criticisms at American Guru.net.

Lastly, as a thank you for visiting, enjoy free shipping and get a signed copy of my book Subtraction: The Simple Math of Enlightenment for only $12.95.  I think you’ll find it refreshing after reading about Andrew.

37 thoughts on “Andrew Cohen: Will he rise again?”