I’ve known Bob Fergeson for nearly twenty years. For a time we both lived on Richard Rose‘s farm, suffering the inspiration and ego-deflation came  with being near such a teacher. 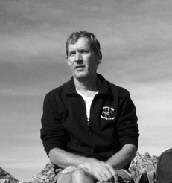 We both eventually moved from Rose’s farm — Bob moving to Colorado where he continued his search for truth. Here he is speaking of what happened:

I took his [Richard Rose’s] advice to heart, put what little I could into practice, and it gives results. I lost the fear of living I had carried in years past, and now found life to be a great adventure into oneself, filled with dangers, but the only adventure worth living. This journey culminated in a dramatic realization, the experience of my true nature as pure awareness, love in action. This was a traumatic loss of the personal man, which was replaced by the knowledge of myself as the universal awareness in every man, in everything. The question of ‘who am I’ was answered. This was replaced by a drive to communicate the ways and means of this realization to others who ask the same question.

When I finally met Bob again, I could feel he was no longer the same person. Some core knot of fear and ego was missing, replaced by a center of certainty. Bob lives in North Carolina now and spends much of his time working on ways to help others. Many of Bob’s ways and means revolve around what he calls The Listening Attention:

In the spiritual search, the quest for true self-definition, we soon come to the realization that our best efforts, and even our very selves, are mechanical and reactive. No matter how subtle or astute our meditation may be, we will never realize nirvana by using yet another facet of samsara. A different level of seeing is needed, a pure awareness that is not itself a product of the world or mind, but primary to the reaction pattern we call ourselves. A looking which is attentive, yet not reactive. A listening which is not affected by circumstance and the constant changes of the mind. Such an attention would lie outside of time and space, beyond circumstance, yet be aware of them as well as itself. Such a Listening Attention would also be directly connected to the formless inner realm of our True Self, and provide a Gateway to Within.

Trap: Visualizing the thought of ‘now’ and projecting it to the exclusion of all other thoughts, and believing this to be the actual present moment, or ‘being in the now’. This mistaking of a projected memory for the ‘now’ simply leads to frustration as it soon collapses and leaves one worse than before, forcing a new round of projection as the circle of mind, memory, and imagination continues to spin.
Here are some other quotes to give you a feel for his teaching:

Coming to know ourselves eventually crushes the ego, in that we find we are not what we imagined ourselves to be. We begin to see that the person we think we are is purely mechanical, a robot. Honesty and courage will be needed if we are to accept what we see, and perseverance when we find our task difficult and wish to retreat back into imagination. This process of dis-identifying leads to ego-death, as we separate from our pattern. The simple act of clearly seeing the person we were for what it truly is, is enough to bring about its death. We find we have become that which witnesses experience, where before we were experience, creating more and more experiences in an endless mechanical pattern. We are no longer the wily animal we have been tracking, which becomes cleverer with every experience, but instead something free, eternal, and indescribable.

Stalk this “I” thought, see where it leads. To be identified with and trapped in the confines of circumstantial response patterns, one after another, without rest, is hell on earth and the cause of our needless suffering. To be free is to reside in that which does not change, yet is aware, and does nothing.

In spiritual work, we hear a lot about the so-called ‘false self’. We may then decide, based on our new found information, to distance ourselves from this ‘self’, and look for something else we have heard of : the real ‘Self’. This splitting of our ‘selves’, sad to say, becomes just another trap of the mind to keep us lost in the realm of thought. After some honest self-observation, we may see that we have invented a problem so that we might continue unabated in our love affair with thought. Fearing a loss of continuity of thought, which we equate with death, we enter a new ‘spiritual’ realm in which we can become lost for years, perhaps lifetimes. Let us take a look at this realm of thought and its various selves, and see why we worship it so, this paradox, this trap of mind and fear from which few escape.

Bob Fergeson’s advice is practical, and based in experience that leads to answers.

For an in-depth look at Bob and his teachings, watch Mountain High: Touching the Void with Bob Fergeson.

Here is a Conscious.tv interview from 2012:

Something for Nothing – an article by Bob Fergeson about the peculiar blocks of aging seekers.

Bob’s websites include:
ListeningAttention.org—his thoughts on “a looking which is attentive, yet not reactive.”

MysticMissal.org—featuring Bob’s monthly e-zine, and writings of other teachers:

NostalgiaWest.com—featuring Bob’s spiritual photography capturing the haunting mood of the West. I now own two of Bob Fergeson’s prints and can vouch that his artistry is inspiring.

To read more about The Listening Attention, see Bob’s book by the same name. Bob is also featured in the book Beyond Mind, Beyond Death, and one of his lectures is on DVD.

Bob Fergeson’s newest book is Dark Zen: A Guru on the Bayou. An entertaining fictional work woven with lessons from Bob’s insights into human nature and a method for spiritual development.

6 thoughts on “Bob Fergeson: The practice of Listening Attention”