I met her first when I was seventeen and she fifteen. It was in a dream. No, I did not meet her; I overtook her. It was in a Missourian village which I had never been in before, and was not in at that time, except dreamwise; in the flesh I was on the Atlantic seaboard ten or twelve hundred miles away. The thing was sudden, and without preparation—after the custom of dreams. There I was, crossing a wooden bridge that had a wooden rail and was untidy with scattered wisps of hay, and there she was, five steps in front of me; half a second previously neither of us was there. This was the exit of the village, which lay immediately behind us. Its last house was the blacksmith-shop; and the peaceful clinking of the hammers—a sound which nearly always seems remote, and is always touched with a spirit of loneliness and a feeling of soft regret for something, you don’t know what—was wafted to my ear over my shoulder; in front of us was the winding country road, with woods on one side, and on the other a rail fence, with blackberry vines and hazel bushes crowding its angles; on an upper rail a bluebird, and scurrying toward him along the same rail a fox-squirrel with his tail bent high like a shepherd’s crook; beyond the fence a rich field of grain, and far away a farmer in shirt-sleeves and straw hat wading knee-deep through it: no other representative of life, and no noise at all; everywhere a Sabbath stillness.

END_OF_DOCUMENT_TOKEN_TO_BE_REPLACED

“The Door in the Wall” by H.G. Wells is a poignant reminder to not let opportunities slip by. If you ever felt the universe presented you a gift that you ignored because you were too busy, too willful or generally too full of your self to accept, you will relate to this short masterpiece first published in 1906.

Thrice I have had my chance–thrice! If ever that door offers itself to me again, I swore, I will go in out of this dust and heat, out of this dry glitter of vanity, out of these toilsome futilities. I will go and never return. This time I will stay . . . . . I swore it and when the time came– I didn’t go.

END_OF_DOCUMENT_TOKEN_TO_BE_REPLACED 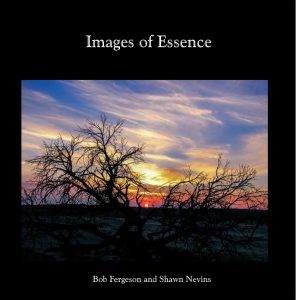